The Queen Mother is an elderly woman with light blonde hair that is tied up in a bun with a long hair strand hanging on the right side and blue eyes.

The Queen Mother is a kind and doting grandmother to her grandchildren and others where she cares for them a lot to the point of overlooking their flaws. She worries about them constantly and gets easily emotional over them, something inherited by Viktor von Granzreich.

Maria is seen in the beginning of the series looking for the late tutor that has yet to arrive, stunning the guards with her presence and welcoming of the little man they denied access to. she is seen shedding tears when she has to let her grandsons into possible dangerous situations and begs for equal treatment between all four princes. 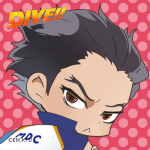 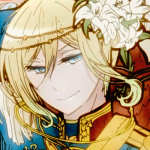